While the trend toward in-house movements continues to gain momentum for high-end watches, the vast majority of affordable watches remains dependent on mass-produced movements from external suppliers. When first entering the world of watches, it can be difficult to get an overview of the whole situation in order to better evaluate potential purchases. The sheer number of suppliers, as well as the fact that many of them give their movements different names depending on the purchasing brand, doesn’t help with this either. In this article, we briefly introduce the most important players in the supplier industry and their best known movements.

Although their days as a quasi-monopoly are over, Swatch subsidiary ETA is still the most important player on the market for Swiss-made mechanical movements. The company’s origins can be traced back to three historical movement manufacturers, namely FHF (Fabrique d’Horlogerie de Fontainemelon), AS (Adolph Schild), and AMSA (Adolphe Michel SA), which combined to form Ébauches SA in 1926. The name “ETA” came in a bit later.

In 1931, Ébauches SA joined forces with a large band of other Swiss companies to create ASUAG (a precursor to the Swatch Group) in an effort to prevent a catastrophic price war in the wake of the global economic collapse of 1929. One year later, watch manufacturer Eterna merged with ASUAG. Eterna was then forced to split into two separate companies: While Eterna continued producing watches, their movement division split off and became ETA SA. This series of mergers is the reason for the wide variety of names and styles among the movements still available from ETA: They were derived from the designs of previously independent companies. Names like Peseux, Valjoux, and Unitas are all evidence of this.

The best known and most commonly encountered ETA caliber is perhaps the 2824-2. It’s a three-hand automatic movement with a date display. While the “28” represents the movement family, the next two digits indicate the functions or complications. So, for example, the 2836-2 offers day and date, while the 2801-2 has no date display at all.

The ETA 2892 is another widespread movement, but it falls in a somewhat higher price category. You can recognize this caliber by its large central rotor bearings and because it’s flatter than the 2824-2. TAG Heuer refers to the 2892 as the “Calibre 7,” and Mühle Glashütte and Ulysse Nardin also each have their own versions of the movement.

ETA’s Valjoux 7750 is the most popular mechanical chronograph movement, while the Unitas series works particularly well in larger cases since its calibers are based on pocket watch movements. The small and flat hand-wound Peseux 7001 movement was particularly trendy in the compact men’s watches of previous decades. Louis Erard has long been a loyal purchaser of this movement, which, in combination with a module, runs the brand’s regulator models. 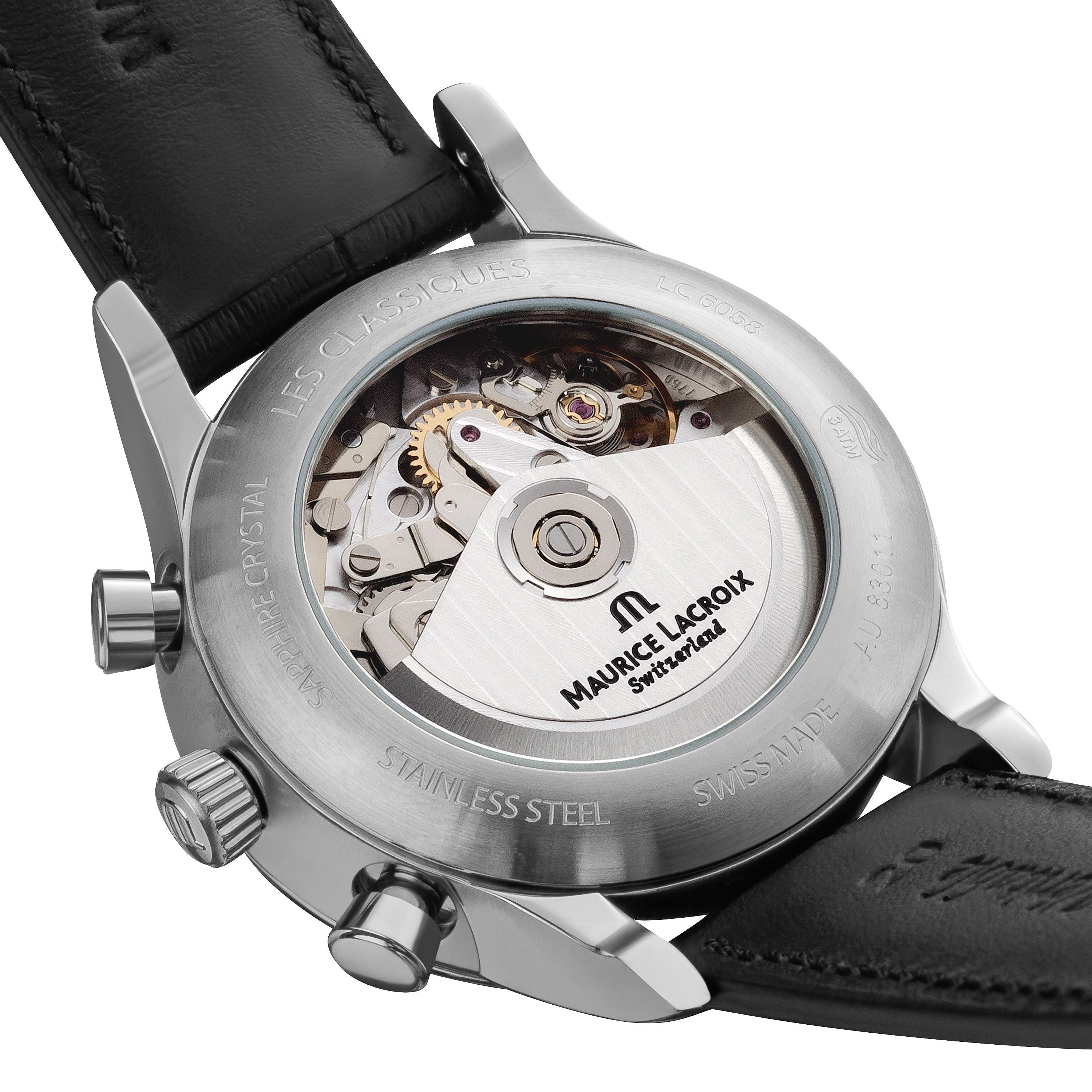 The trend toward larger cases started with the introduction of the ETA Valgranges series. You can find variants derived from Valjoux movements with wider diameters with less-than-catchy names like A07.111.

Fellow Swatch members have had access to enhanced versions of the classic 2842-2 with new materials for several years. With official designations such as C07.111, they are marketed under the name Powermatic 80. They offer an 80-hour power reserve and are also available with silicon components, for example in Tissot watches.

Another thing you should know is that movements are typically available in different grades of refinement. Traditionally, these were standard, elaborated, top, and chronometer. The higher grades come with more extravagant finishes and sometimes improved precision or even a chronometer certificate. It’s worth taking note of the movement’s grade if the manufacturer provides this information. 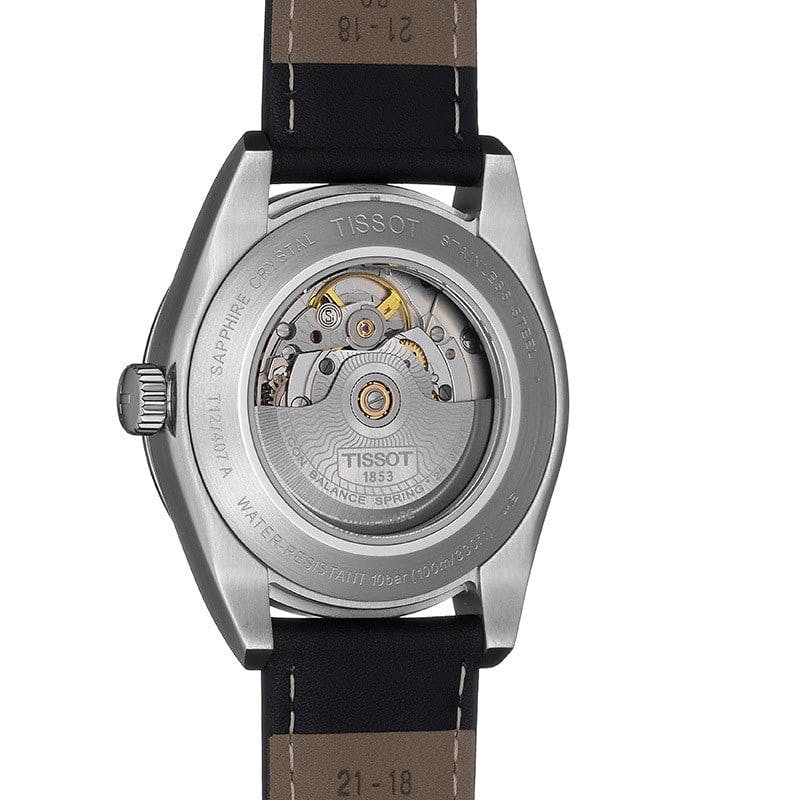 We would be remiss if we didn’t mention the automatic caliber that came out just a few years ago, the Sistem 51 with an 80-hour power reserve. This movement made its debut in the eponymous Swatch watches with a plastic case. It can’t be regulated after its fully automated assembly process, uses plastic components in the escapement and elsewhere, and it didn’t resonate well with purists initially. Now, however, you’ll also find this caliber in metal cases. There’s also an optically and technically improved version called the “Swissmatic,” which powers models of the same name.

Sellita has existed as a company since the 1950s; however it wouldn’t appear as an independent and self-marketing Swiss movement manufacturer until 2003, when the suspension of ETA’s deliveries to third parties seemed inevitable. They almost exclusively produce movements based on ETA prototypes. The associated patents expired long ago, so the bestselling Sellita SW 200 corresponds to a 2824-2, the SW 300 is modeled after the 2892, and the SW 500 is a clone of the Valjoux 7750. With the SW 200, Sellita even offers the same four quality grades known from ETA, so former ETA buyers have access to the perfect replacement. 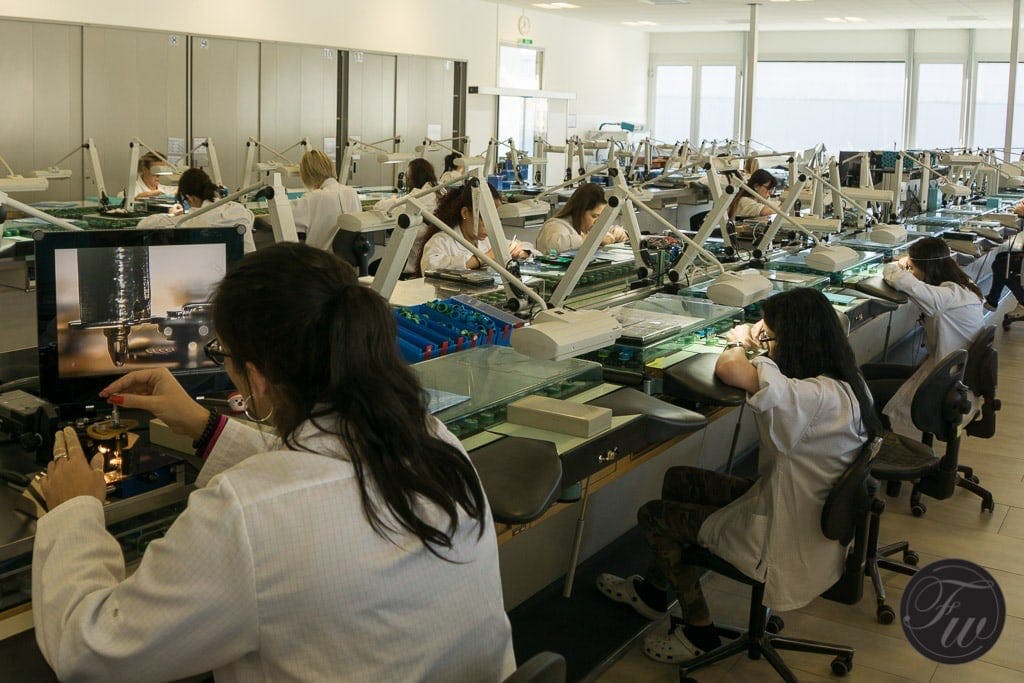 While you will find minor modifications here and there, in terms of functionality and reliability, Sellita movements are at least on par with the originals. Since the supply of movements is not always consistent, some watch manufacturers explicitly offer models with ETA or Sellita movements, depending on the current market situation.

The future development of some movements for mass production is already being contemplated, and the 2019 expansion of their production facilities suggests that Sellita has both the will and the means to do it.

If you’d like to know more about Sellita, check out Chrono24’s YouTube channel for the video from our 2018 visit with rare glimpses of the production facilities. In another article from the series “Faces of the Industry,” we also documented the career of Sébastien Chaulmontet, a leading member of the company.

Seiko movements are not only found in the company’s own watches, but they are among the most commonly encountered movements in affordable automatic watches from countless international brands.

The “Seiko” name actually stands for a whole group of companies that traces its roots to the Hattori family watch business founded in the late 19th century. That being said, the subsidiaries are very diversified and in many cases independently run. The Seiko subsidiary TMI – Time Module – is hardly a household name. Time Module markets Seiko movements to third parties and usually does so under designations that make specific attribution difficult. TMI’s bestseller is probably the NH35, which goes by 4R35 in Seiko models. As a three-hand automatic movement with a date, stop-seconds, and the potential for manual winding, it’s a cost-effective all-in-one solution that can even be found in watches with double-digit prices. 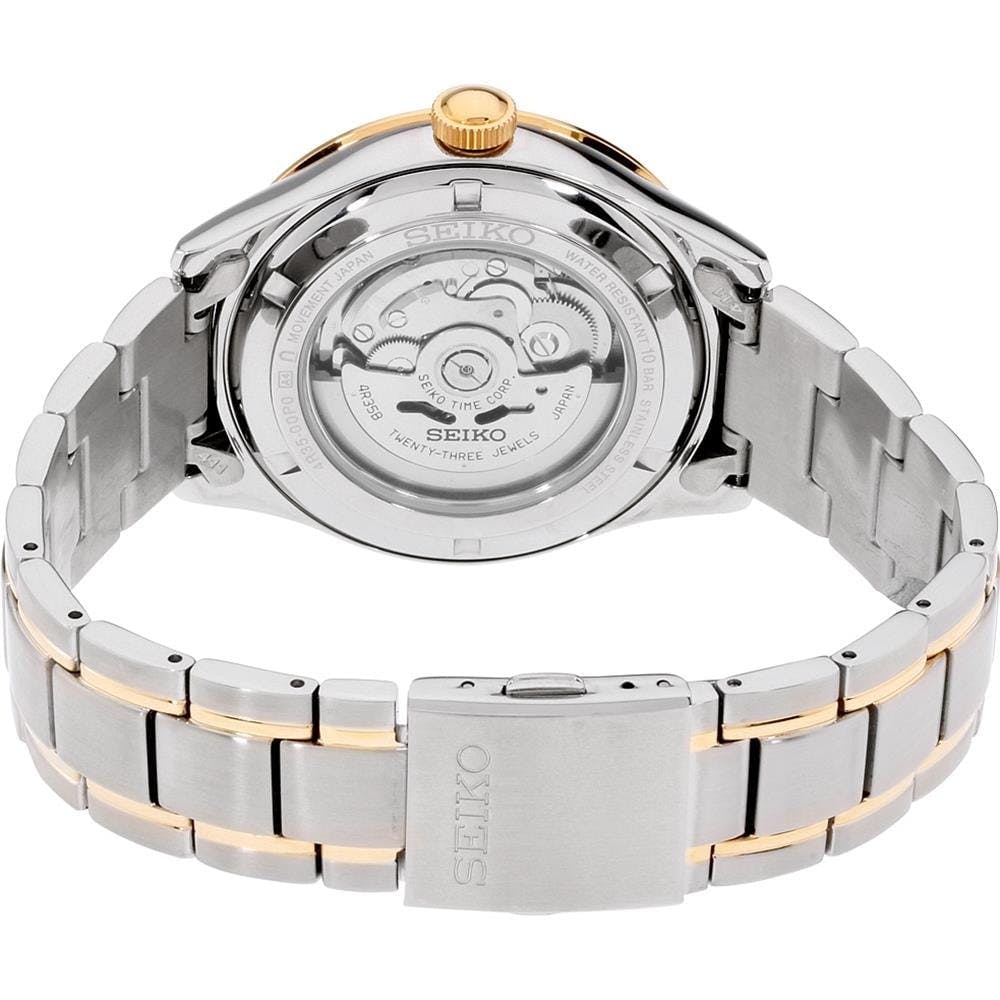 If you’re looking for an affordable but t4echnologically well equipped mechanical chronograph (vertical coupling and a column wheel!), keep your eyes peeled for a watch with the very rare TMI NE88, a Seiko 8Rxx-series chronograph movement.

Citizen is another corporate group widespread in Japan. While the name Citizen is associated with quartz watches in gargantuan quantities and the popular Eco Drive series of solar watches, Miyota is responsible for the mass production of mechanical movements.

The three-hand automatic Miyota 821A or 8215 caliber has been a solid option for many decades, in particular for microbrands and the lower-priced models of established companies. However, it hasn’t been terribly popular among watch fans due to its lack of a stop-seconds mechanism – especially since Seiko brought the NH35 to market. Then came the Miyota 9015 in 2009, a movement for those with higher standards. It offers a stop-seconds, a classier appearance, and sufficient power for additional complications. In order to enjoy the 9015, though, you’ll have to be willing to spend a bit more than an entry-level price.

Below is a short introduction to some manufacturers whose movements are less common in beginner’s watches but still worth knowing about.

Western watch enthusiasts long sneered at Chinese movement manufacturers. That all changed when the Tianjin Seagull landed a cult hit with the ST19, a remake of the historical Venus 175 chronograph movement. Both Seagull’s own models, as well as those of young brands like Baltic Watch, have had success in the West with this retro movement. 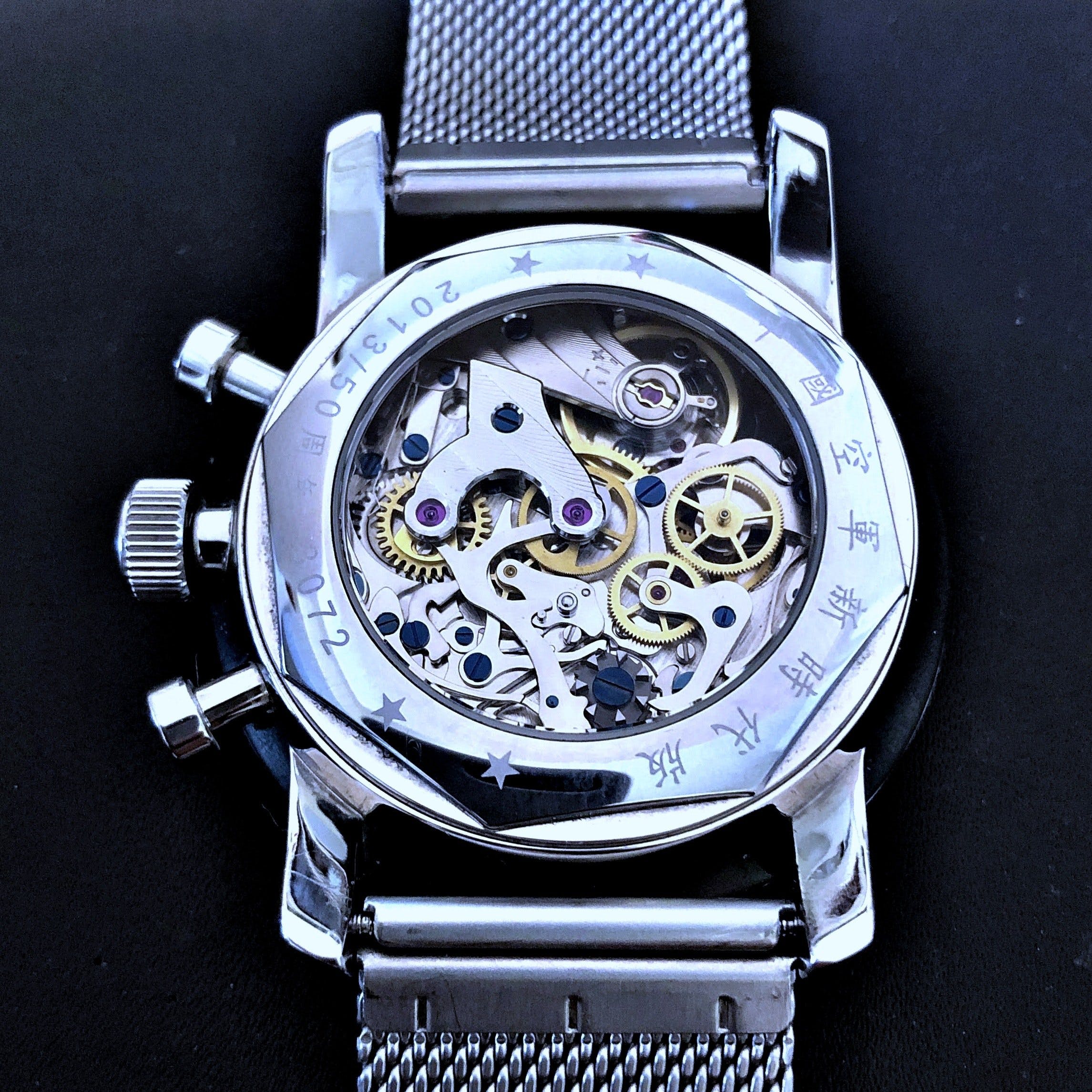 Swiss Technology Production is a FOSSIL subsidiary. In fact, the company known for fashion watches with quartz movements also produces mechanical watch movements and sells them to third parties, including the Sternglas brand – a common sight on German social media. Sternglas equips one of its models with the STP 1-11, whose design mirrors the well known ETA 2824-2.

Ronda, known for their reliable Swiss quartz movements, announced the release of a new mechanical movement in 2016. Based on a completely new design, the Ronda Mecano R150 is rarely seen in the wild, but we’re curious whether it can establish a place for itself among the Swiss and Japanese bestsellers.

Sometimes it’s not at all easy to determine which movement a timepiece really has. Many brands suggest exclusivity with confusing proprietary names, even though the movements are often supplied by one of the usual suspects. Sometimes this is done merely to create the illusion of in-house movements, although in other cases it’s more legitimate because the brands undertake their own modifications, add modules, or otherwise improve the movement. In these not uncommon cases, a higher price is certainly understandable and justified. As a buyer, you should take a careful look to ascertain what exactly you’re being sold.

If you’re not sure, photos of the movement or photos taken through the display case back can help, as can online forums and movement databases, where you can often find information on alternative names or brands that install certain movements in certain models. If you only have a picture to go on, you can take note of any distinguishing features and compare them to photos of the “classics” highlighted in this article.

What is an in-house movement?