The Rolex GMT-Master II reached a new milestone a few weeks ago at Baselworld 2019. The company announced they would be ceasing production of the version with an all-black bezel, the 116710LN, which had a retail price of $8,450. Unsurprisingly, this news resulted in a sudden increase in price, as demonstrated by this chart from the Chrono24 Watch Collection:

The performance of the GMT-Master II ref. 116710LN over time 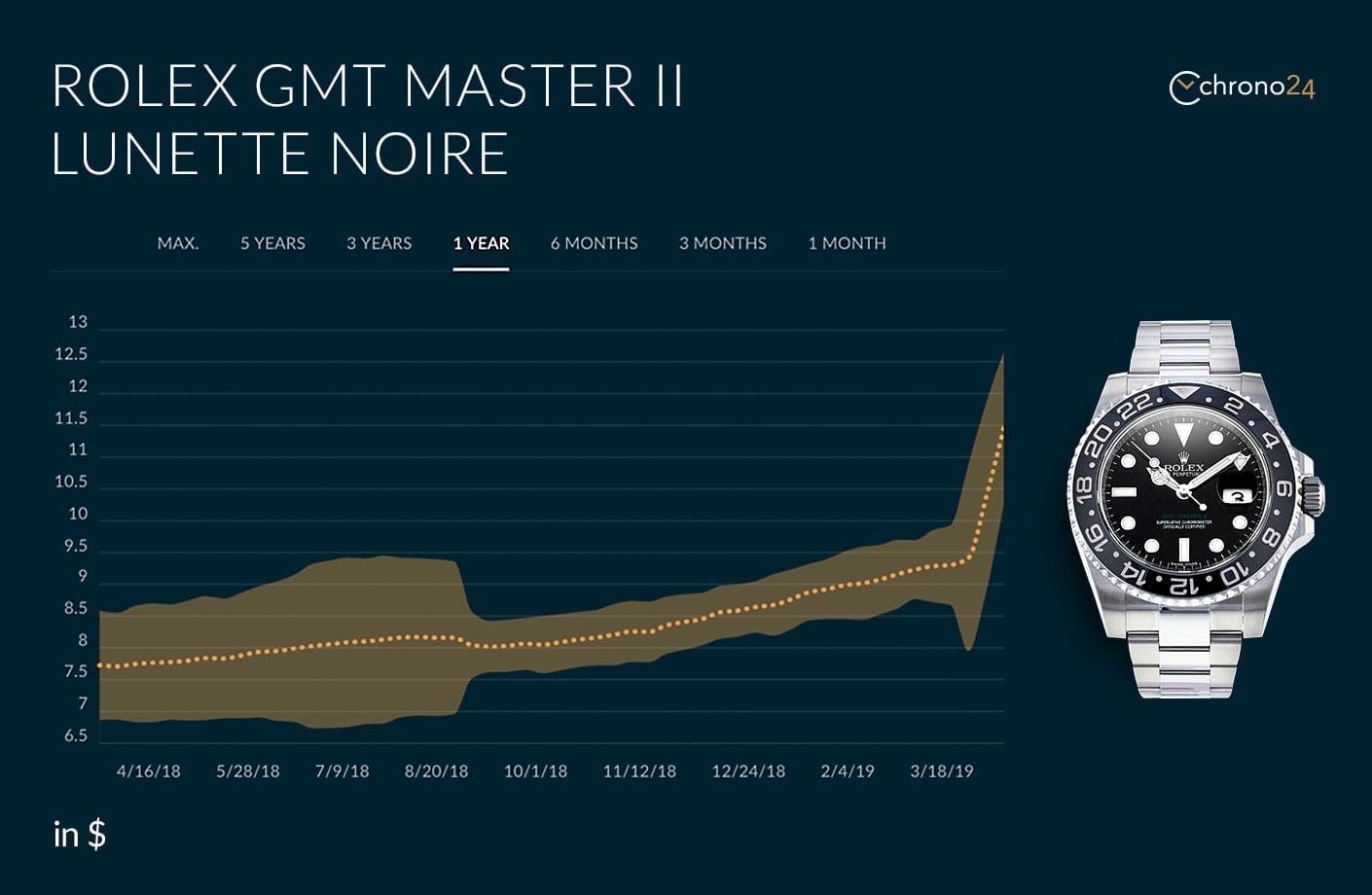 The performance of the GMT-Master II ref. 116710LN over time

The release of a new Batman model also grabbed the headlines. Rolex has taken 2018’s 126710BLRO (Pepsi) and outfitted it with a black-and-blue Batman bezel. This timepiece bears the reference number 126710BLNR and has a list price of $9,250. For now, your only options for a new stainless steel Rolex GMT-Master II are a “Pepsi” or “Batman” bezel, both on a Jubilee bracelet.

Before 2018, the 116710LN (lunette noir, or black bezel) was the most recent GMT-Master II. It first premiered in 2007 with a retail price of $8,450. Rolex created it as an upgraded version of the previous reference (16710). New features included a green GMT hand, a bracelet, an updated movement, and a larger case.

In 2013, Rolex released an additional 116710 model: the 116710BLNR (BLeu NoiR, or blue black) with a price of $8,950. This GMT watch’s black-and-blue bezel quickly earned it its nickname: Batman. The next 5 years would mark an era of relative stability for the GMT-Master II collection.

Then came 2018. As many of you may well remember, Rolex finally heeded the calls of its fans and released the “Pepsi” GMT-Master II with a stainless steel case and a blue-and-red bezel. Before then, the Pepsi bezel had only been paired with a white gold case. This steel “Pepsi” GMT-Master II also received a new reference, the 126710BLRO (BLeu Rouge, or blue red), and came with a list price of $9,250. That brings us to Baselworld 2019. As mentioned above, the GMT-Master II saw two major developments: the end of the “Lunette Noire” and the release of the new Batman. 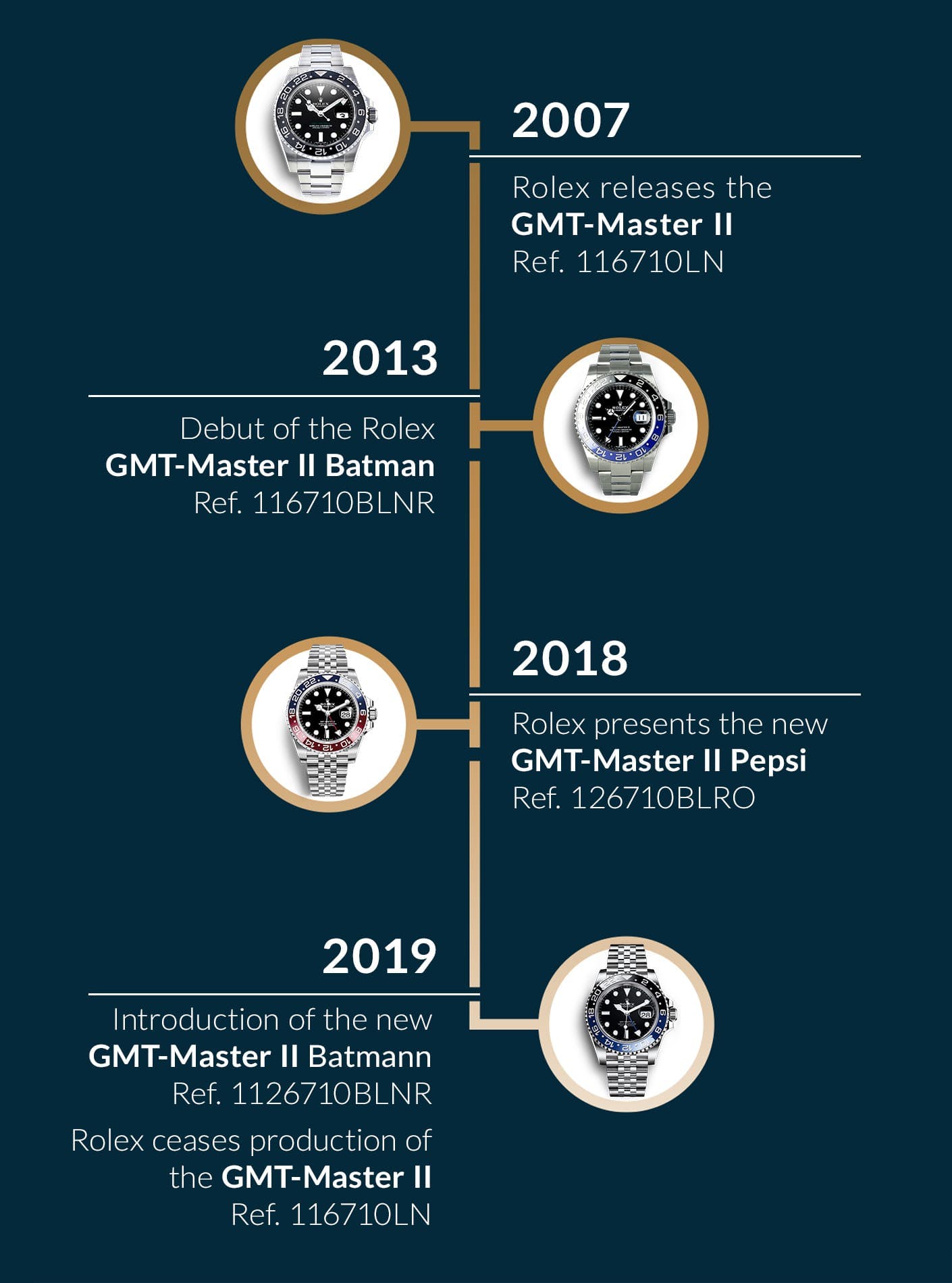 What our colleagues at Chrono24’s headquarters in Karlsruhe, Germany think about the Rolex GMT Master and many other Rolex Classics? Have a look at our brand new episode of Chrono24 Talks:

Rolex: A Brand of Superlatives

The Story Behind My Rolex

I’ve been interested in watches for as long as I can remember. I've always thought the only “jewelry” a man should wear is a nice watch. It also says a lot about … 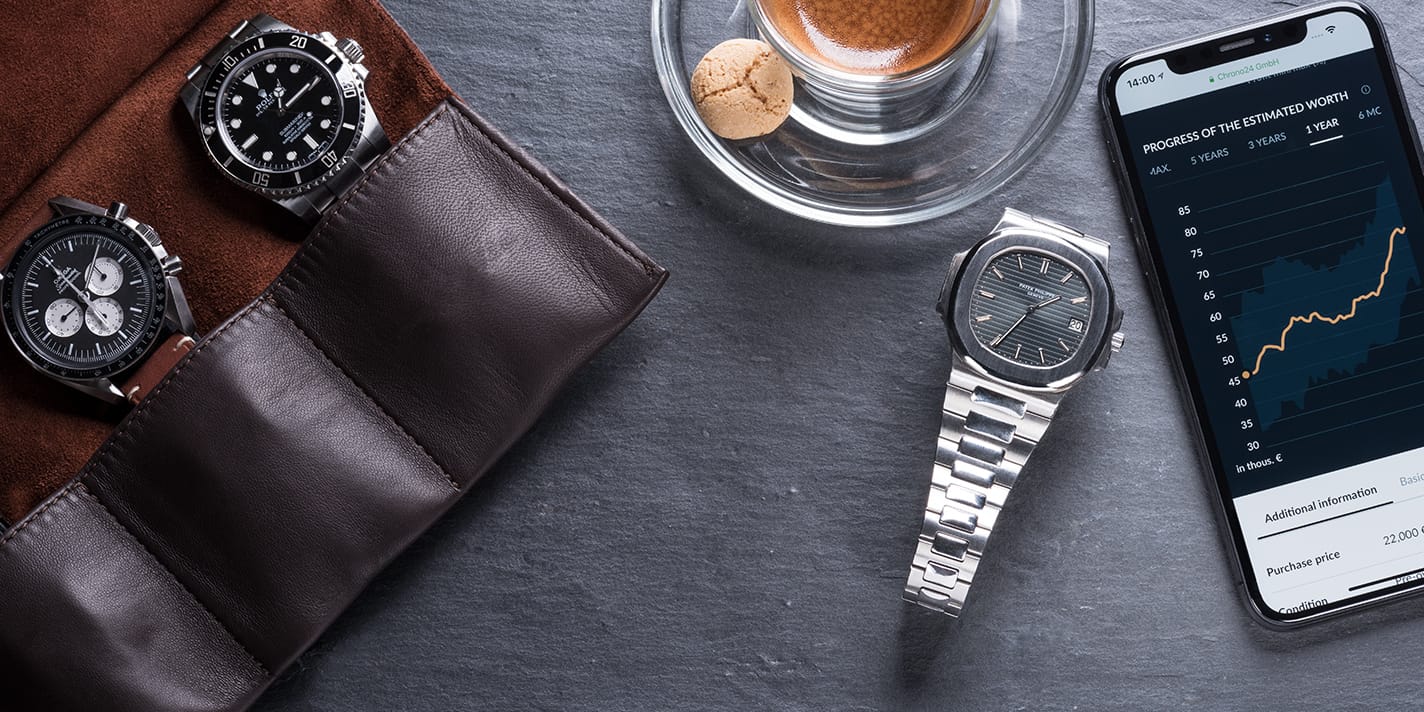 3 Things to Know Before You Buy a Gold Rolex Datejust

My Personal Watch Fail and What I Learned From It

24 Hours on the Wrist: Jorg Weppelink